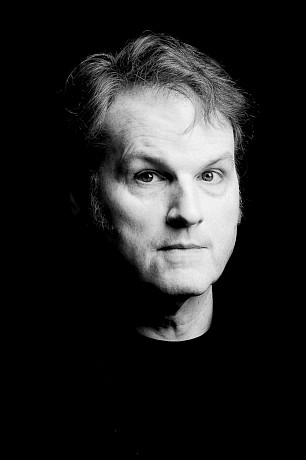 I was always known as the “artistic child”; from earliest youth I was always drawing, making pictures. My father was in the Air Force, so we moved all the time, and in all the many schools I attended being an artist was my entire identity. When it came time to choose to go to college or not, I rebelled against that artist label and moved to San Francisco and did everything but make art; I sang semi-professionally, designed costumes for theater, taught performance workshops, etc. But eventually, after having returned home to Portland, at the advanced age of thirty-seven I began my art career: I walked into a gallery, showed the owner my work, and two months later I had my first show.

As a painter, I’m entirely self-taught; my “art education” has come from pictures in history and art books. In many fairly obvious ways, I’m not really a “modern artist”; I paint the world of old paintings. And I’m not at all an artist who paints the world around me; the goal isn't to paint a tree that looks like a tree, but one that looks like a painting of a tree.

I frequently employ the self-portrait as the basis for my work. I've always felt that, by beginning with myself as the model, I am able to avoid the biggest limitation of the portrait as a form: that it is “about” someone specific. In my paintings, because the portrait is only of the artist, the viewer, while including whatever they might perceive of the artist, still has more opportunity to find their own narrative in whatever visual scenario I might present.
A play of gender is probably the most recognizable aspect of my work; I’ve often been referred to as the “man in a dress” artist. I'm always asked why - politically or psychologically - I choose to portray myself this way. The simplest way to explain it is that is that I identify as non-binary. So, painting myself the way I do, as a man in women's clothes – I never really try to make the illusion that I'm female – is a way of expressing this important part of my identity, the closest representation of a whole self. And then, women's clothes are just a whole lot more interesting visually, and a lot more fun to paint!

Since 2006, I’ve been married to writer and graphic designer Gigi Little. We live in Portland with our dog, Nicholas. - Stephen O’Donnell

2018      The Untold Gaze, a large-format collection of paintings paired with short fiction inspired by   O’Donnell’s work.

“Hooray for Biennial! Let’s Change it for 2001,” Randy Gragg, The Oregonian, Portland, 8 August

“In the Spotlight,” Randy Gragg, The Oregonian, Portland, OR, 4 August

“Kathryn Kanjo: On Oregon Art and Collecting,” Randy Gragg, The Oregonian, Portland, OR