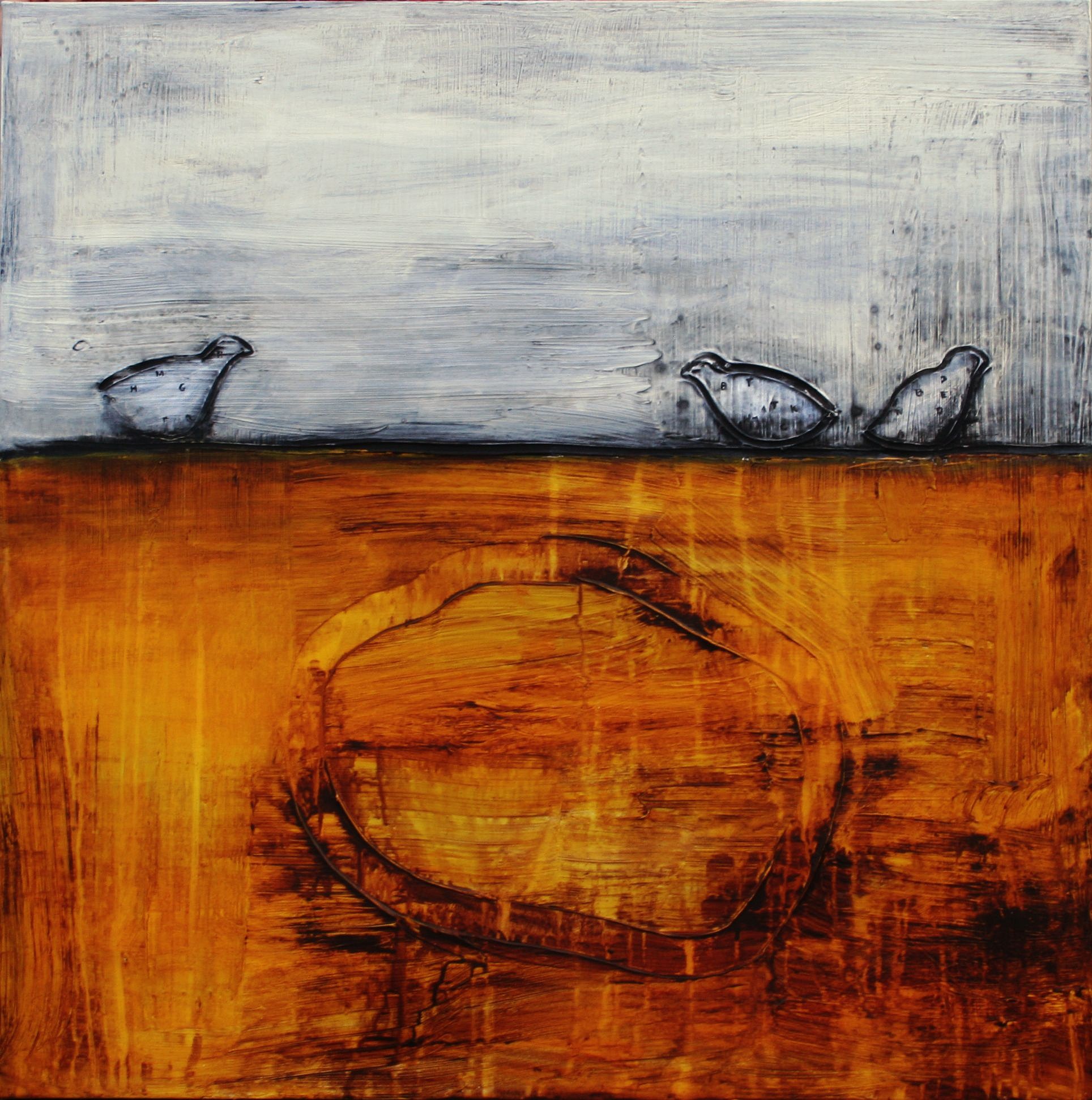 TEW Galleries is pleased to introduce two artists who are new to the Atlanta art scene. Curtis Cutshaw and Connie Lloveras produce work that is very different in its physicality but has great affinity in terms of boldness, strong design and handling of medium.

Connie Lloveras was born in Cuba and immigrated to America with her parents as a young child.

Lloveras’ paintings utilize symbols that are repeated again and again in different iterations – birds, rocks, organic lines representing earth, the horizon, a mountain. Leaf forms and domestic elements such as chairs also crop up on her canvasses along with texture and gestural marks. To some degree these elements form a narrative that relates to Lloveras’ domestic environment; also nature, nurture and the manner in which the cosmos affects life and the passage of time. The effect of her paintings is one of meditative serenity and simplicity and she imparts a poetic narrative through spiritual act of repetition and the conscious flattening of space and imagery into an abstract surface in which symbol, shape, texture, and mark, play roles of equal importance.

Lloveras’ work is held in nine museum collections and numerous public and private collections. Her first solo exhibition was in 1989 and since then, she has had exhibitions throughout the United States as well as Spain, Switzerland, Panama, Nicaragua and Puerto Rico.

Curtis Cutshaw is a Canadian artist from Calgary who uses wood, a ubiquitous local material, as his chosen medium and the starting point of his work. The ‘nature’ of wood however, is far from his focus. Instead he paints, distresses, cuts and reassembles the resulting wooden elements into entirely new compositions to create a puzzle of assembled pieces that lend themselves, along with the painted shapes, a complex new identity. Cutshaw’s powerful black and white compositions are simultaneously sculptural and painterly – a combination jigsaw of box shapes, marked and distressed surfaces and smooth, black-painted abstract shapes.

Cutshaw received his B.F.A from Alberta College of Art & Design and also studied as part of the New York Loft Program and several prestigious residency programs. Since 1998 he has exhibited internationally and across the United States and Canada.