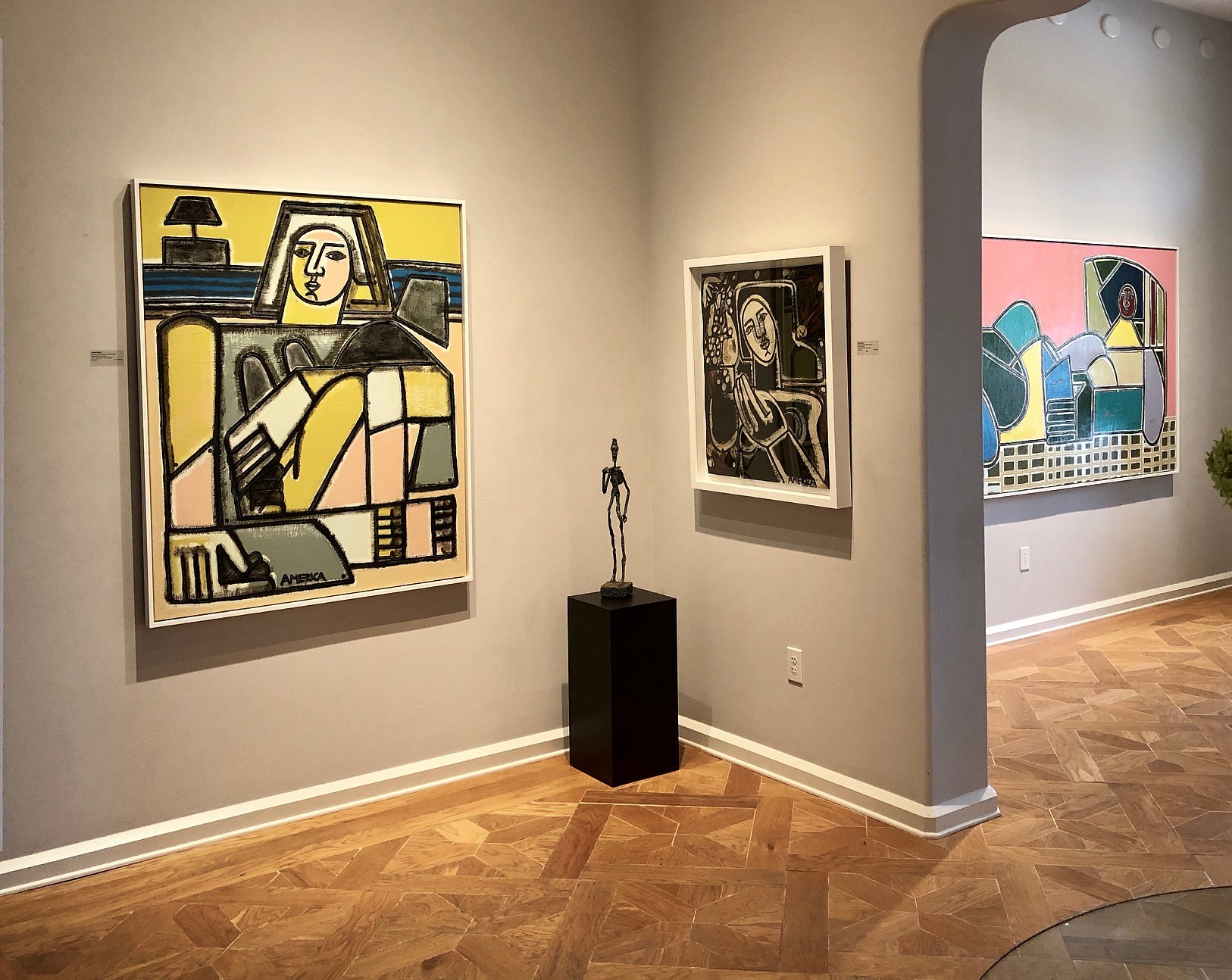 TEW Galleries presents a solo exhibition by America Martin, a highly successful Los Angeles based artist whose reputation is spreading with exhibits in galleries and museums across the country.

America grew up in Hollywood. She was a child actor from age 5 - 16 and was featured in numerous commercials, television shows and films, including Disney's 1991 film "Rocketeer." The actress Mary Steenburgen was the first person to really encourage her to pursue art rather than acting. America attended the Crossroads’ School of Arts & Sciences in Santa Monica and apprenticed with Vernon Wilson of the Art Center College of Design; she then later studied at the Museum of Fine Arts in Boston.

America Martin describes herself as a painting anthropologist whose main focus is an exploration of the human form and themes of humanity. As an artist in her thirties, she has retained a sense of happiness and buoyancy in her work, something that is often lost as artists’ mature.  She is known for acrylic and oil paintings and mixed media on paper drawings, with a bold, often sunny color palette. Her big, open forms; confident, muscular line and human figures that take on a monumental sense of scale, are certainly powerful, but also approachable and charming. She experiments enthusiastically and commands these disparate elements to come together so perfectly that the resulting images give us pause in the way few artists can.  America’s embrace of the influence of art history acknowledges a wide range of artistic influence, including that of Matisse, Picasso, Leger and Chagall, but in emotional reach and painterly vocabulary are very much rooted in contemporary life. One cannot help but recognize the way she rapidly sets herself apart from her peers and propels beauty, vulnerability, refinement and poetry into our world with astonishing precision and force.

Martin's work is featured in many international collections as well as those of well-known Hollywood figures such as Danny Devito, Kirsten Dunst, Ted Danson, Juliette Lewis, Simon Helberg, John Ratzenberger and Giovanni Ribisi -- and many other important collections with lesser name recognition.